＋REP Renno ♐ is an amazing trader, recommended! We successfully completed this trade: https://barter.vg/u/204b/o/2638039/. Thanks a lot for the trade!

Thanks to Agreeing with me About Middlemaning the BiGTrade between US So Easy & Simple to deal with +REP.

I wasn't scammed.
But he's a bad trader and the way we went about the trade is scammish and caught me off guard.

Renno and I discussed the price of a game which we came to an agreement.
He was stubborn and he refused about going first because I came to him.

I sent him x4 TF2 Keys. He replies with;
https://i.imgur.com/RjSrFZQ.png
"nope. changed my mind"

Immediately after I was deleted and BLOCKED, all within 60 seconds.
https://i.imgur.com/q1UDJbi.png <- ????
(this is HIS screenshot)

Everything was fine and dandy until the moment I verified the trade through the Steam Guard and the keys were sent to him for confirmation.
Any normal person would assume you've just had your keys stolen.

He went about this all wrong.
my apologies but you can't block someone mid trade, when we're about to finalize our agreement and expect them not to think you were just scammed.

30 minutes later, I found out he declined my trade offer earlier and not accepted it like I had thought. which I viewed through my trade history.
I was on Mobile so I had no idea. 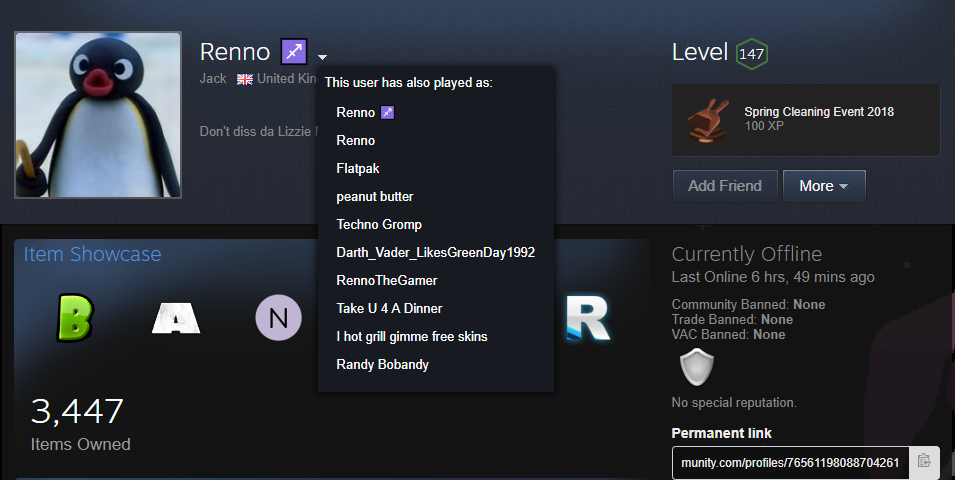 Also asked friends to report me calling me a scammer

No trade happened and no items where ever exchanged so feedback is unjustified.

+REP, fast and secure trader! I recommend to all :-)

Quick and nice trader, had no problems in going first.

Thanks for the trade, he went first +rep.

great trader, they went 1st, fair trade, would do business with again +rep+rep

+rep, Quick and trustworthy trader, thank you once again! :)

Thanks for the trade, he went first +rep.

6 years ago Permalink
Displaying 1 to 32
Sign in through Steam to add a review.